(April 12, 2016; Santa Rosa, Calif.)—Kathleen Inman, winemaker and owner of Inman Family Wines, a boutique producer of Pinot Noir, Chardonnay and Pinot Gris based in California’s Russian River Valley, announced today that she has cancelled participation at the Collective Spirits Wine and Food festival, sighting North Carolina’s passing of the discriminatory Public Facilities Privacy & Security Act, also known as the “bathroom law.” She was to be one of 16 featured winemakers at the event which will take place May 19-21 in Highlands, NC.

“I see this type of discrimination as the thin end of the wedge. If people allow this to go unchecked, it could simply embolden legislators to implement even more discriminatory laws, like the one just enacted in Mississippi. These are human rights issues,” comments Kathleen Inman.

Inman joins other major companies and celebrities that have expressed outrage over this new law. Most recently, Bruce Springsteen cancelled a much anticipated concert at the Greensboro Coliseum due to the passing of the act, while Charles Barkley has urged the NBA to move all scheduled All Star games out of the state. Just last week, PayPal terminated plans to build a global operation center in North Carolina so long as the law is in place.

About Inman Family Wines
Inman Family Wines handcrafts small lots of estate grown Pinot Noir, Chardonnay and Pinot Gris. The estate wines reflect the unique imprint of the Olivet Grange Vineyard (OGV), located amidst some of Sonoma County’s and the Russian River Valley’s most respected vineyards. Inman Family Wines is committed to quality from grape to glass – from sensitive, organic and sustainable viticultural practices, to great attention to detail in the winemaking. Inman Family Wines can be found at many fine dining restaurants and are also available for purchase online at http://www.inmanfamilywines.com. 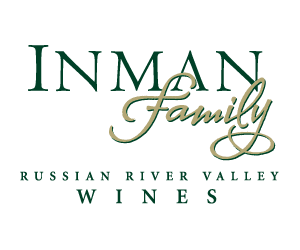 Inman Family Wines celebrates 10 years of Russian River Valley winemaking; kicks off a year of festivities with a retrospective tasting